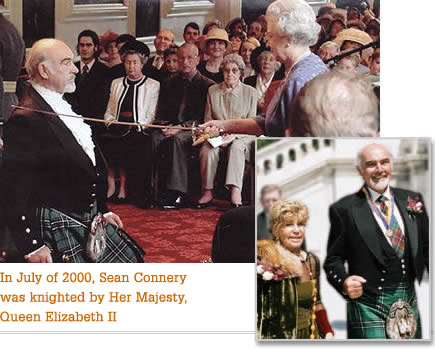 Throughout his life, Sir Sean Connery has been an ardent supporter of Scotland. While it is generally accepted that his support of Scotland’s independence and the Scottish National Party delayed his knighthood for many years, his commitment to Scotland has never wavered. Politics in the United Kingdom often has more intrigue than a James Bond plot. While Scotland is not yet independent, she does have a new parliament. Sir Sean campaigned hard for the yes vote during the Scottish Referendum that created the new Scottish Parliament. He believes firmly that the Scottish Parliament will grow in power and that Scotland will be independent within his lifetime.